Goddammit. I forgot to take my ADHD meds this morning. That’s the second time this month.

At least I remembered to give Connor all his vitamins and medicine this time.

I just backed into my closed garage door on my way to drive my son to school. I know I should be forgiving with myself, but I feel like such an idiot right now. #ADHD

Last Wednesday, I woke to discover that I’d let my Fitbit battery drain completely overnight: my sleep data ended abruptly at 1:15am.

My Fitbit Charge 2 never quite recovered. Despite following all the instructions I found on all the knowledge bases and forums, the heart rate function remained borked.

Within two days, I found myself online with an AT&T sales rep, purchasing an Apple Watch (Series 5, 40mm).

I started practicing Krav Maga in mid-June. I started a prescription for ADHD meds in mid-July. From this graph, I’m drawing the conclusion that the meds made more of a difference than the martial arts:

Side effect or not, I’ll take it. 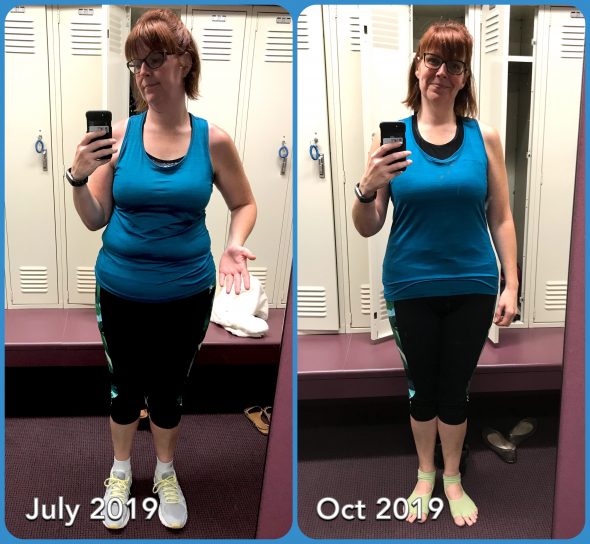 END_OF_DOCUMENT_TOKEN_TO_BE_REPLACED

25 November 2019 ADHD, the ongoing saga of my job Leave a comment

This morning was my annual performance review with my boss.

I generally feel like I’m going to the Principal’s Office when it comes time for my review. I was promoted to a Level 2 Engineer back in 2013, but even then I was concerned about my performance. The year after that was the year of me being consistently and flagrantly late to work, along with planned late arrivals and early departures for appointments, so much so that one of my Areas for Improvement was to “respect [Corporate] business hours.”

For my 2015 review (which turned out just fine), this excerpt sums up my usual state of mind before a review:

On the night before my review, I thought about all the crap that’s gone wrong this year. I thought about how epically I’d messed up during one of my on-call rotations, going back to bed without alerting the DBA to implement my fix. I thought about how often she would stop by my desk when I had something on my screen other than work — kind of like when I was a kid cleaning my room, and my Mom would walk in just as I’d started to get distracted by a book or toy I hadn’t seen in a while. I thought about how monkey-minded I’ve been lately — my mantra for 2015 was the Zen adage, “Do what you’re doing while you’re doing it,” but I haven’t once felt like I was living that.

I didn’t write anything about my 2016 or 2017 reviews; looking over my hard copies, they were generally positive, so I guess there were no surprises or twists to report. Last year, I was pretty confident, since we’d had prior discussions about how I could earn a promotion, and I knew I had nailed it.

So, how about this year’s review?

Unsurprisingly, it went just fine. In fact, my boss told me that I identified “ways to assert more leadership and ownership in projects,” and she was pleased overall with my first year as a Senior Engineer. I got the standard merit raise, and I even managed to suggest an additional goal to add to the list she had already prepared.

Quite honestly, I attribute a non-trivial portion of this year’s success to my ADHD diagnosis and treatment. As they say, pills don’t teach skills… but I feel like I do much better work when I’m able to concentrate on the task at hand.

It’s not like I brought that up in my review, of course. I will gladly take all due credit for self-improvement and stepping up to the challenges posed to me.

It just feels good to know that I’m not broken, or lazy, or generally less-than. I’m good.