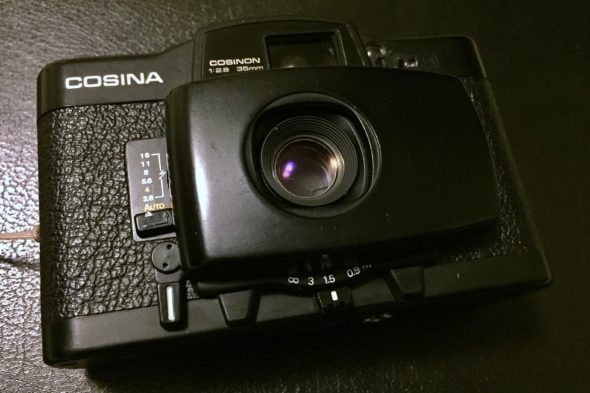 I bought my Cosina CX-2 on eBay last spring for under $25 shipped. I’d been waiting for a decently priced one, especially since I overpaid through the nose for my Lomo LC-A back in 2004, and the Cosina CX-2 was purported to the THE camera that the LC-A was modeled from. I got this particular camera for a decent price — mostly because the seller was upfront that it needed new light seals.

Honestly, it’s not that bad. My Olympus XA has seals that don’t look much better, so I figured I’d take it out for a spin without doing any seal replacement (mostly because I’m still inexperienced at replacing light seals).

I was on the fence about the seals for a while, though, so I didn’t take the camera out for a test drive until September. I took the CX-2 for a walk to the new Middlegrounds Metropark in downtown Toledo, then finished off the roll that weekend. 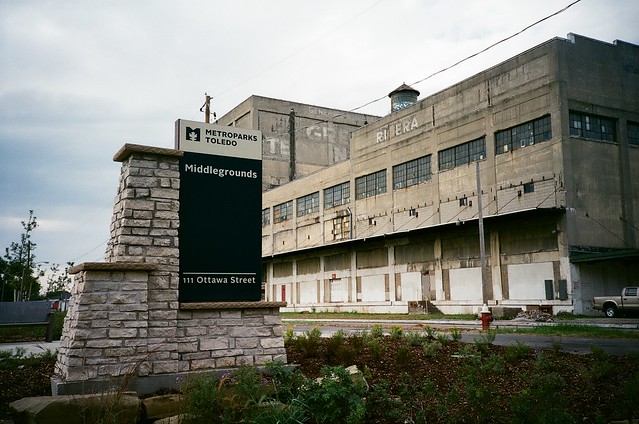 The Cosina CX-2 feels like the Lomo LC-A, only better. The front of the camera twists open to reveal the focus lever and open the lens cap. The selected focus zone is clearly visible from the top of the camera, unlike the Lomo. My particular Lomo is also missing the label by the zone focus lever, so I have to repeat my zone-focusing mantra: “Up is close, and down is far.” Not necessary with the Cosina, although I had to relearn my mantra, since the zone focus is on the bottom of the lens, where the lever to open the lens cap would be on a Lomo. 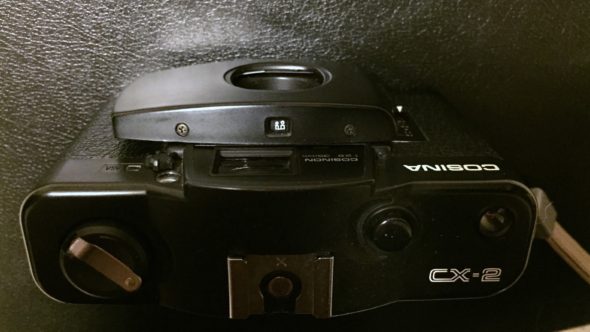 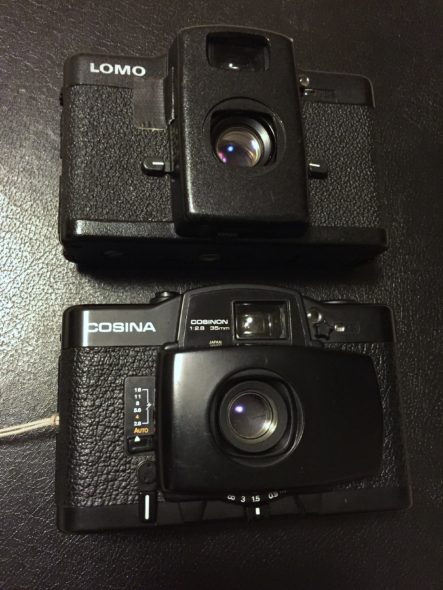 (Yes, my Lomo is partly held together by gaffer’s tape.)

For some reason, I opted not to record my focus distances during the test roll. Not sure what I was thinking, apart from assuming there would be nasty light leaks and I’d have to take another test roll, anyway.

Most of the frames came out just fine, for what I was expecting. 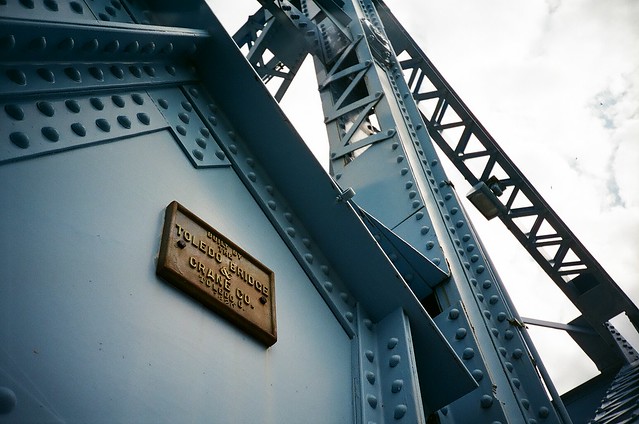 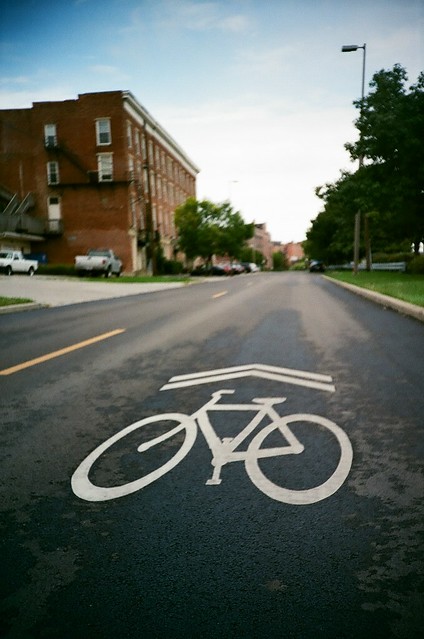 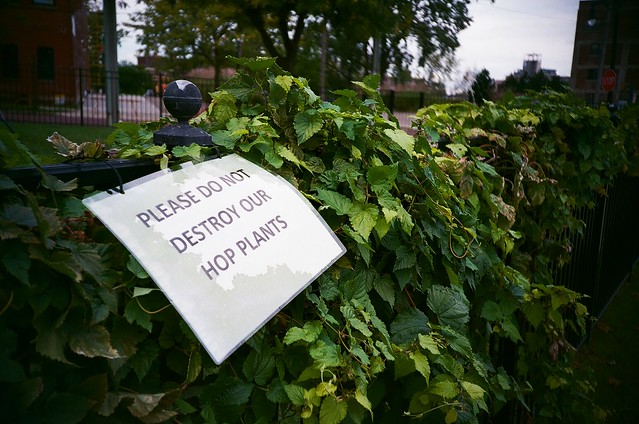 Some weren’t focused quite right (a “selfie” camera this is not), and some did show light leaks. A few frames near the end of the roll had quite visible red bars through the middle of the photo. 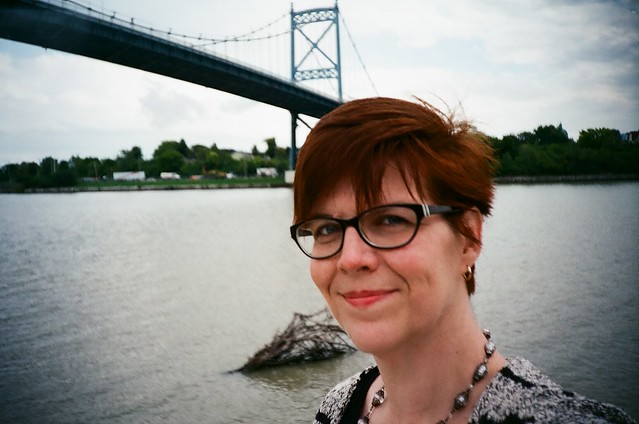 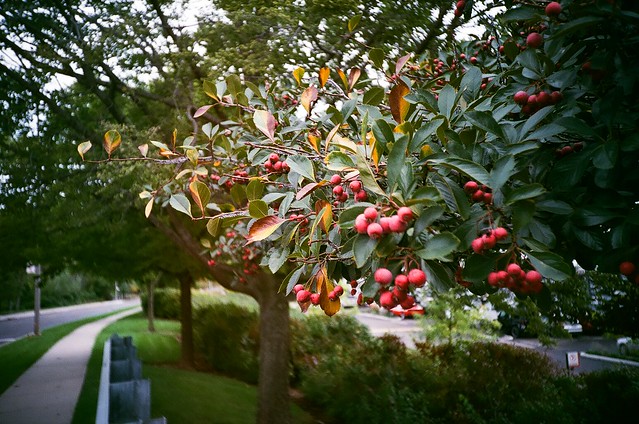 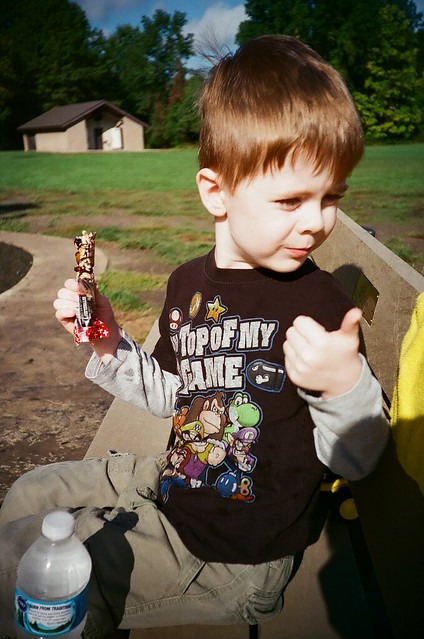 The Cosina CX-2 seems to include all the endearing quirks of the Lomo LC-A that copied it: vignetting, high-contrast, zone focus, and a fairly wide angle lens, along with auto-exposure that frees the user to “shoot from the hip,” as the lomographers say.

My particular Lomo is a fussy beast with a deeply recessed shutter button. It also likes to give no warning when the batteries are dead, continuing to shoot happily blank frames like nothing’s wrong. (The battery check light is not in a good spot within the viewfinder.) Since it’s been so unreliable, I haven’t taken it out at all in the past seven years or so, and only sporadically before that.

Now that I have the Cosina, though… I may see a return to zone-focus shoot-from-the-hip photography, especially if I’m really going for that contrasty, vignetted hipster look.