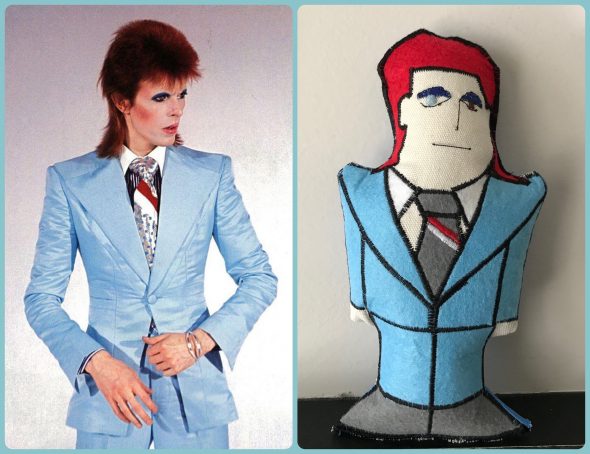 Connor suggested that I make a plushie for Dad’s birthday, and he initially said it should be of Dad’s favorite comic book character. Then I had the idea of making a David Bowie plushie with two faces — Reality Bowie on one side and Aladdin Sane on the other.

Somehow, I ended up deciding on Life On Mars instead of Reality, and after I started it, I realized that I wouldn’t have enough time to finish two full Bowies.

I learned a few things about sewing plushies that I’ll remember for next time. This was a lot of fun, and I could see me making a whole series of these!