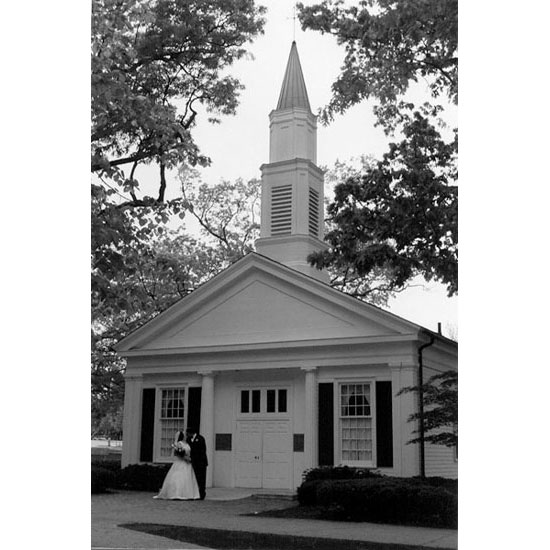 Fourteen years ago today, I married my best friend. Since then, we’ve lived in three homes, adopted one cat (still healthy as ever), visited four countries (plus Hawaii), had a son (who graduated Pre-Kindergarten last night), and still remain best friends.

I love you, Aaron. Happy Anniversary.

P.S. Thank you for the anniversary flowers! 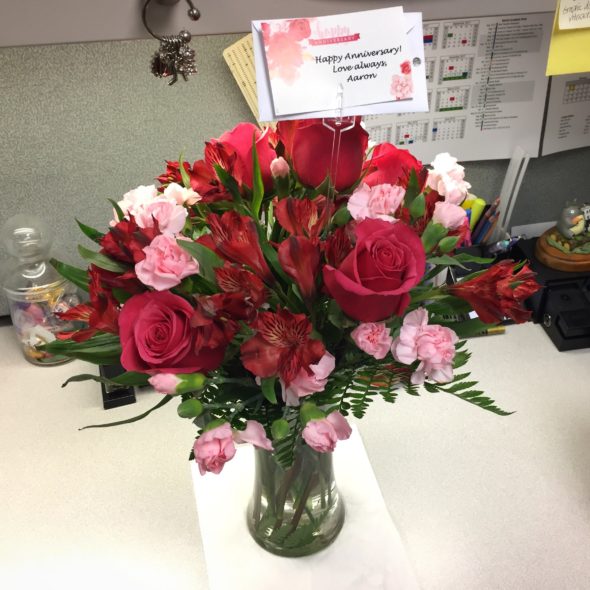 This evening, as I was wondering what I’d post on my blog, I got a notification that I’d been tagged in a Facebook photo by Aaron’s cousin Megan, whose wedding we attended back in October. 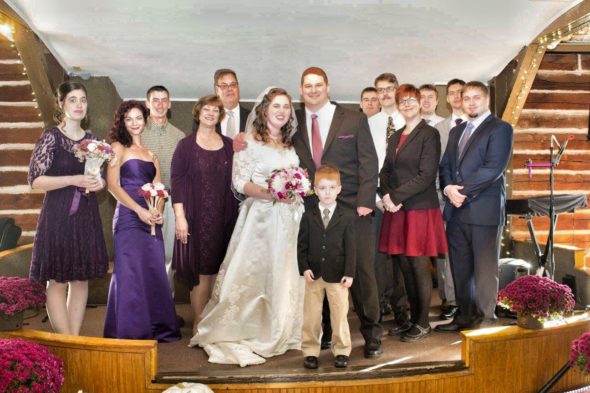 I immediately got up from the couch and went into the family room to retrieve our wedding album and snap a photo of the posed portrait with all the cousins. I posted it in a comment: “What a difference 13 years makes…” 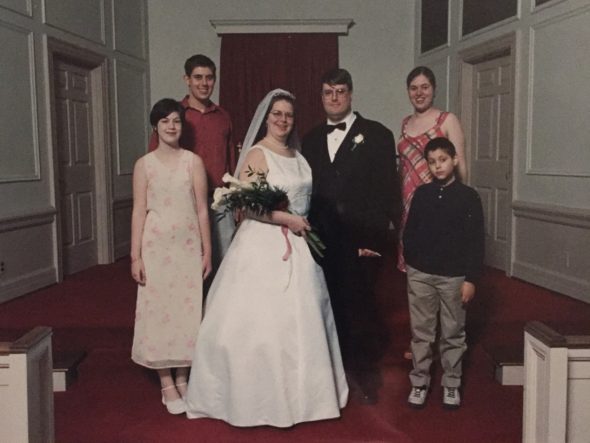 But then I kept flipping through.

END_OF_DOCUMENT_TOKEN_TO_BE_REPLACED

Today I had an interview with HCR Manorcare up in Toledo. Yes, this is the same place I sent a resume over a month ago; they said that the flu outbreak has kept them from completing the hiring process sooner. Anyway, my boss let me leave 15 minutes early, since I told him I had “an appointment in Toledo,” and that I would make up the time by taking a shorter lunch tomorrow. I ended up not really needing the extra time, as I got there 15 minutes early, anyway, and that was after taking a walk around the block to calm down.

I think the interview went rather well. It seems that their “Knowledge Management” department is in need of one or two more people, especially people with experience in audio and video. Kevin, the person who holds the current solo position, also made sure to emphasize that the position is not a “creative” one, but more writing and organizing thoughts and ideas and publishing actual content. I’m actually quite excited about that, as I feel it’s one of my strong points. Ask Aaron how many grammatical errors I catch on a daily basis (and how frustrated he gets about it).

Kevin, who interviewed me, was quite impressed by my portfolio site — especially where I talk about my “services” and have a Q&A section with layers that pop up and answer the questions. Um… glad ya like it. I only wish I really had services… He also seems like either a early-30’s guy who’s prematurely graying, or a late-30’s guy who still acts really young. I like him so far. Seems like he’d be easy to work with… and he has more problem “finding words” than I do (resulting in a Shatner-esque pause), which makes me feel more confident about my ability to do the job, considering.

When I got home, I got a call from the wedding photographer’s assistant, asking if she could go ahead and bring over our wedding reprints. So, she brought those straight to the house, and I looked them over before she left to make sure everything was in order, which it was. Now we have to buy a dozen 5×7 frames for the reprints we bought as Christmas presents. Thank goodness they arrived in time—no, thank goodness Carol drove to the lab in Findlay and insisted that she was not leaving until she had our prints in hand. 🙂

Then, after that, I made Mom’s Christmas candle (I don’t think she reads my blog, but I’m still not telling what scent it is). I made an extra, since it’s just as easy to make two at a time. I added a little more coloring than I had intended, but that’s what these first several batches are all about: experimenting.

It’s midnight—I need to either shower and get to bed, or get to bed now so I can shower in the morning. I could write more, but I guess I’ll have to save it for tomorrow.

…the wedding and reception happened with only minor issues, we got lots of wedding presents (and money), my domain name expired, my credit card went overlimit, we drove to Massachusetts for our honeymoon (and back via Niagara Falls) totaling over 1700 miles on the Kia, my grandmother died, we put away all our gifts, I paid on my credit card and renewed my domain, and we’re preparing for the funeral in Cleveland on Tuesday.

Oh, yeah, and I go on “vacation” with my family to Texas in less than two weeks.

I think I’m going to put the honeymoon and wedding entry separate from the “normal” blog entries, so as not to overload the June blog page. ‘Cause this is going to be loooong. Like Sheryl‘s Japan narrative, but not quite.

I called Amy last night to see how she was doing. I guess she’s doing a little better — she’d been planning to try to go back to work today. She’s been home all this past week, tired and weak and kind of in pain. Good thing she didn’t try to make the wedding, cause she would have been miserable.

Well, I guess I’ll go start on the wedding and honeymoon entries, and maybe scan some pics. I don’t have the professional proofs from the wedding yet, but a friend of Aaron’s brought a digital camera to the wedding, so I have some wedding and reception pics, too.

Oh, and don’t feel too bad about Memaw. I’ve already done my mourning, and I will continue to do so tomorrow, but it was expected. Honestly, I’m glad it’s finally over.