2 March 2021 depression, quickblog, the ongoing saga of my job Leave a comment

A free online version of the Maslach Burnout Inventory (MBI) rated me at serious risk of impending job burnout. I can’t say that surprises me.

23 January 2021 health & fitness, pandemic, the ongoing saga of my job Leave a comment

Thanks to what’s known as a Closed Point Of Dispensing, I was able to receive the first dose of the Moderna COVID-19 vaccine this morning, via my employer.

I’m grateful for the opportunity to be vaccinated… but there are so many others much more at risk than myself who should, by all rights, be getting this protection before me. My husband, an “essential worker” in the shipping industry, has been working as usual throughout the pandemic, and he’s unlikely to get vaccinated for weeks or months yet.

I’m scheduled to receive my second dose in four weeks, at which point I should only have a 6% chance of contracting and exhibiting symptoms of COVID-19.

When I dropped Connor off at camp this morning, he requested that I bring Tails to work with me. Of course, I was concerned that Tails wasn’t masked, but Connor seemed to think that was fine.

We certainly can’t have Tails setting a bad example, though….

7 July 2020 pandemic, the ongoing saga of my job Leave a comment

Today was the day.

After 17 weeks of working from home, I drove in to the office for my first half-day on-site since the pandemic forced us all to quarantine.

I was one of three people present today in my team of nine total. To maintain appropriate distancing, we’re all rotating days in the office. I’m planning to be in the office on Tuesday and Wednesday afternoons, and more often when I can.

When the Stay-At-Home order was enacted in Ohio, and my department started working from home full-time, I wasn’t sure how I was going to take to it. Even after the first four or five weeks, when I finally got myself into a proper routine, I was chomping at the bit to get back into the office. It would have been quite a stretch for me to believe I’d get to a point where I prefer working from home… yet, here I am.

For one thing, I find that I’m more productive in the afternoons when I don’t have to plan around my evening commute. Working from home gives me as much time as I need to finish the last task of the day without needing to wrap up all the loose ends and prepare myself to come back to it later. I can’t just stay late in the actual office downtown, even though I might like to, because I need to get home and be the responsible parent to my almost-nine-year-old once his Dad leaves for work.

I’ve really been enjoying the extra sleep I get every morning from not having to get up in time to wrangle my son and then drive to work. My internal clock has gotten surprisingly good at waking me up around 7:10am.

Alas, that’s now when I wake on weekends, too.

Having the option to work in any spot in my house is a luxury I’ve taken for granted. I’ve gotten used to being able to choose my setting: the sunroom, the home office, the kitchen table. I found myself wishing for a change of scenery this afternoon, and for some fresh produce to snack on.

I go back in tomorrow, then work from home Thursday-Friday, then I’m in the office all next week while Connor’s at science camp. It’s going to be weird.

Everything is weird now. Even the things that used to be normal.

Me being me, of course I would get a poison ivy rash on my face the day before I’m scheduled to be back in the office in person.

This is what it looks like when you really don’t want to move your monitor to plug in a new HDMI cable.

Working from home for EIGHT WEEKS STRAIGHT OMG prompted me to buy an HDMI splitter for my widescreen monitor. It arrived this afternoon, and I can already tell it’s going to make my situation at least a teensy bit less inconvenient.

Granted, Skype is still going to be confused about where my microphone and speakers are every time I plug in the monitor, but at least I know WTF is going on now, and what settings to change back.

Working on code, data validation, report design, or pretty much anything that I do for work is SO much easier with multiple monitors. And plugging my laptop into a splitter is so much easier than unplugging the cable from the back of my tower — and then trying to plug it back in when I actually want to use my home desktop.

31 January 2020 health & fitness, the ongoing saga of my job Leave a comment

I’ve developed a new habit that I need to break: eating at my desk and working through my lunch.

Used to be that I had something booked for every day of the week over my lunch hour: WW (the program formerly known Weight Watchers) on Tuesdays, lunch out with co-workers on Wednesdays, two fitness classes a week, and one day for either walking outside or blogging at a coffee shop or other non-desk location.

Since I’ve started taking Krav Maga twice a week, I don’t take the kickboxing class on Mondays anymore — two butt-kickings a day is one too many. I still do WW on Tuesdays (unless I have a looming deadline) and Girls’ Lunch on Wednesdays (unless my cohort N is out of the office), and sometimes there’s a fitness class on Thursday or Friday I’ll want to take… but not always.

I’ve also been heads-down on a major project at work for the past… well, several months, anyway. I’m learning more about DAX and Power BI the more I develop and the further I get into the project, and I’m enjoying it overall… but there are more than the usual quota of roadblocks in this project, it seems. Ambiguous requirements, changing requirements, interpersonal issues, and other various unexpected roadblocks have really prolonged this release. All of us on the project are ready for it to be over… and it still has a few phases planned for after we get the current release submitted for QA testing.

END_OF_DOCUMENT_TOKEN_TO_BE_REPLACED

16 January 2020 the ongoing saga of my job, toledo Leave a comment 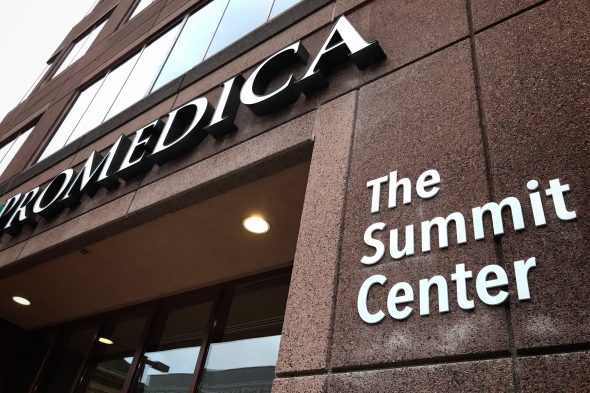 The HCR ManorCare building is now officially The Summit Center on the ProMedica downtown campus.

25 November 2019 ADHD, the ongoing saga of my job Leave a comment

This morning was my annual performance review with my boss.

I generally feel like I’m going to the Principal’s Office when it comes time for my review. I was promoted to a Level 2 Engineer back in 2013, but even then I was concerned about my performance. The year after that was the year of me being consistently and flagrantly late to work, along with planned late arrivals and early departures for appointments, so much so that one of my Areas for Improvement was to “respect [Corporate] business hours.”

For my 2015 review (which turned out just fine), this excerpt sums up my usual state of mind before a review:

On the night before my review, I thought about all the crap that’s gone wrong this year. I thought about how epically I’d messed up during one of my on-call rotations, going back to bed without alerting the DBA to implement my fix. I thought about how often she would stop by my desk when I had something on my screen other than work — kind of like when I was a kid cleaning my room, and my Mom would walk in just as I’d started to get distracted by a book or toy I hadn’t seen in a while. I thought about how monkey-minded I’ve been lately — my mantra for 2015 was the Zen adage, “Do what you’re doing while you’re doing it,” but I haven’t once felt like I was living that.

I didn’t write anything about my 2016 or 2017 reviews; looking over my hard copies, they were generally positive, so I guess there were no surprises or twists to report. Last year, I was pretty confident, since we’d had prior discussions about how I could earn a promotion, and I knew I had nailed it.

So, how about this year’s review?

Unsurprisingly, it went just fine. In fact, my boss told me that I identified “ways to assert more leadership and ownership in projects,” and she was pleased overall with my first year as a Senior Engineer. I got the standard merit raise, and I even managed to suggest an additional goal to add to the list she had already prepared.

Quite honestly, I attribute a non-trivial portion of this year’s success to my ADHD diagnosis and treatment. As they say, pills don’t teach skills… but I feel like I do much better work when I’m able to concentrate on the task at hand.

It’s not like I brought that up in my review, of course. I will gladly take all due credit for self-improvement and stepping up to the challenges posed to me.

It just feels good to know that I’m not broken, or lazy, or generally less-than. I’m good.

11 October 2019 quickblog, the ongoing saga of my job Leave a comment

Second day in a row: my boss is on vacation, and I manage to get to work on time — today, I was even early. And she didn’t see it. Ah, well.